The New Ministry of Truth serves as a platform for veterans to use writing as a means to address anger and frustration.  However, it’s important to recognize that not all of these negative emotions have their roots in military service itself.  In the following article, a veteran who asked to remain anonymous discusses his experiences – and frustration – working on Wall Street under the umbrella of a major bank’s veteran hiring initiative.

Thanks for sharing your story. 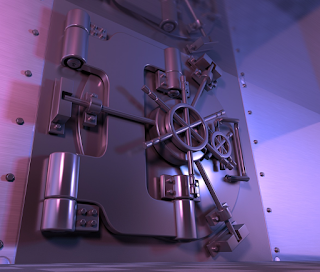 After a couple deployments and five years of honorable military service, I was ready for the next challenge in life. I had enjoyed my time in the Marine Corps but wanted to shift gears and take on a new experience (and make some serious money). The big Wall Street banks were heavily funding new veteran hiring initiatives, and that seemed like as good a place to start as any- the center of capitalism in Western Civilization. It must be here that true business leaders rise to the top and fiscally conservative ideas are celebrated, as well as rewarded.

We’ll just refer to me as a former active duty U.S. military officer. Though I’m speaking from my own experiences, my story is not an outlier or exception to the rule. It is, unfortunately, an inherent and systematic issue that plagues Wall Street banks.

I applied, interviewed, and was accepted through a major bank’s veteran hiring initiative. At first, everything seemed outstanding. Who wouldn’t enjoy a great starting salary with year-end compensation options? The hours were long, and it took about a year to get fully spun up in a new industry. Almost immediately, I began to see major leadership issues within my organization.

High-level clients of the bank, the real money makers, are known for being a demanding group. However, I found most of my clients pleasant and hardworking. Were they stressed out? Of course. Who wouldn’t be managing that much capital? The issues with the bank were internal.

The theory for hiring veterans (at least what we were fed) was to bring in people with high intelligence, tested leadership skills, and who were quick-thinking on their feet. And, I agree that these skills should be highly valued.

Processes at the bank were slow and inefficient. Many of which were not cost effective. Managers were hesitant to make decisions on anything, and usually resorted to kicking the can down the road by saying “Let’s discuss at the next meeting...after the holidays...next quarter....next year”. You get the idea. Not only were the managers unable to make a command decision, they prevented even well-meaning middle- to low-level managers from taking the initiative and fixing the issue. Doing so would shatter their boisterous personas and tap into their oversensitive egos. That kind of behavior could and would cost their job.

Toiling away as a junior employee on the floor you notice everything. I remember watching managers brag about how much money they made (all by themselves), while most of us saw our paychecks disappear into New York City rent. Their behavior was entirely contrary to the qualities of military leadership I so valued. Military leaders are taught to be humble, selfless, and team-oriented. We say “we” a lot not just to foster unity, but because we actually mean it. Good military commanders know the mission is only accomplished when everyone is dutifully invested in the cause. I watched bank managers show off their new Rolexes year after year, but only after telling us that “it was a down revenue quarter and year-end compensation will be low.” Of course, they meant low for us plebes, not them. They were first in the cookie jar.

You might say they were just being capitalists, right? I argue they acted contrary to the tenets of capitalism, acting more like the Roman Aristocracy than anything else. True capitalists would appreciate
new ideas and ways for increasing efficiency. What I saw was a demand to render unto Caesar or be thrown to the lions: The IT functions on our platform are terrible? Just throw more bodies at the problem until it’s fixed. Let’s not take actual ownership and invest in technology. If it still isn’t fixed, burn an analyst or associate at the stake and show the floor we mean business. More bodies.

You can understand how a veteran in my position would become quickly disillusioned. I was once told by the manager of my group that due to the tax break the bank received, veterans were basically free labor. I noticed more and more veterans being pushed into operations roles, vice front office, which I saw as a total waste of their skill sets. It quickly dawned on me that we veterans were only there for bank public relations. We were to be paraded out during Fleet Week to show the city and the world how much the bank cared. Management saw the veterans’ program as a charity case, and we were supposed to stay quiet and color inside the lines. When bank managers spend their whole careers honoring themselves, there’s no room for any other figments of humility.

In an effort to improve the efficiency of my accounts, I ended up stepping on one too many toes, having one too many arguments. I wouldn’t stay in my lane. After all, it was those managers who signed off on the poorly written policies in the first place. I knew my number was up in the next round of layoffs. I accepted an exit package and left the financial industry.

It’s sad to see an industry that could be so improved and empowered by the fresh ideology of the veteran community riddled with self-destruction. Weak leaders are afraid if they let veterans take on more responsibility in the bank, then those managers would be out of a job. And you know what?

They are correct. But isn’t that true capitalism? The weak pushed out by the strong? If these managers could check their egos at the door, they would find that veterans are more concerned with fixing the system as a team than a complete seizure of the industry.